I had the pleasure of meeting an author I have respected for the vast majority of my life and dare I say most of his career. I am trying not to get all fangirl like about it, but I really do look up to this author. His books opened a genre of fiction to me that as a Christian, I did not know was possible to be a part of.

The author that I admire so much is Frank Peretti. 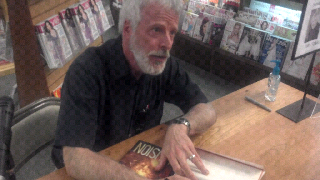 I met Frank at the book signing he did in Nashville for the recent release of his new book Illusion. Before the signing, there was a question and answer session that I found very candid and rich in information. He gave tips on writing and expressed what he felt made a good book/story. While several things he stated I had heard before, there were a few things that were new and freshly stated.

The most important thing I took away is, when writing you have to get to the plot quickly then develop the characters while getting to the climax. Other than that, the hero always has to solve his/her own problem it can not solve it self and it can not be fixed by others. 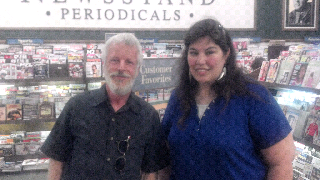