Coral by Sara Ella
I received a complimentary copy of this book. Opinions expressed in this review are completely my own.
PLOT: I really enjoyed the idea of this story. The idea plays off of Hans Christian Anderson's "The Little Mermaid", only not quite. The hint to The Little Mermaid is what piqued my interest in reading this story. I was not disappointed, I was enthralled. Many fairy tales that we know today have been rewritten so that there is a happy ending or to show that things always work out for the hero/heroine. This story, Coral, may have you trying to figure things out all the way to the ending.
Of course there is a love story, most all fiction books have that element. Unlike fairy tales of the modern era, the girl doesn't immediately throw herself at the boy. I appreciate that. There is a lot of mental health enlightenment in the story and I feel like this can be a good book to open up discussion. I would not just throw this book at my teen and say enjoy. The story emphasizes the truth that mental illness is a disease.
While the main character of the story works through rejection and abandonment, she is also afraid to trust anyone. She experiences shocking tragedy and is sent away to live with somebody else. While she is going through the struggles she becomes mistrusting and one could even say bitter. She pushes everyone that does care away, finding herself Then just as things are looking better, tragedy strikes again. Will she get her fairy tale ending? Will she succumb to depression and anxiety?
Coral - a mermaid that just doesn't quite fit in with her family, or perhaps it's with the society her family is a part of. On top of that, it appears she may very well be infected with the dreaded... Disease. This disease looks like emotions to humans, but to a mermaid can be fatal.
Brooke - a girl that lives in a group therapy home. She is fighting depression and anxiety while attempting to push everyone around her away.
Merrick - seemingly the guy that has it made, but he rebels against the expected. He believes he knows what is really going on in his family, but does he? Perhaps meeting a girl that isn't so much unlike him will open his eyes.
WRITING STYLE: Once it is understood how the story is going the only issue I had disappeared, but to lay it out there... The story is written in first person point of view but from the perspective of three different viewpoints. It is clearly marked as to whose view, I just don't prefer the style. In this instance it does not take away from the story.


Overall I enjoyed the book. I did find myself having to face some of my own emotions and feelings while reading it. It is a good tool to use to reach out and to educate about mental health issues.
Posted by Faith
Email ThisBlogThis!Share to TwitterShare to FacebookShare to Pinterest
Labels: Book Review, Fiction, Goodreads 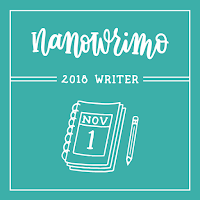 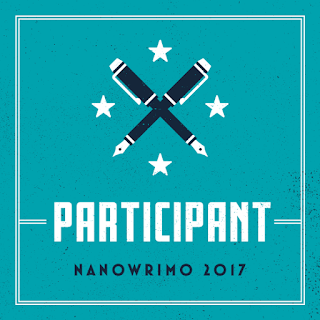